F1 Manager 2022 is like a revival of old movie games

There was a time, certainly in the 2000s but also arguably as early as the 1980s - I’m looking at you, ET - when most video games based on films were disappointments. There were some notable exceptions, like the excellent Spider-Man 2, but all too often movie tie-ins were dull, mediocre games with recognisable textures and voices copied and pasted into the right places. 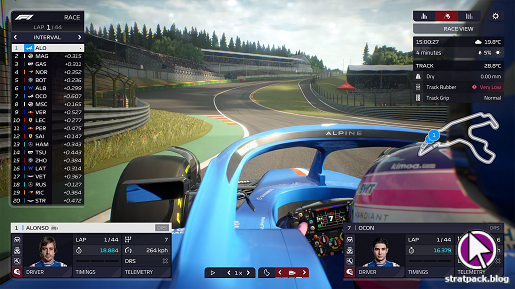 Sports game have largely avoided the same fate - perhaps because their real-life counterparts translate more easily into a video game format. FIFA and PES have always given us enjoyable recreations of professional football, there have been countless iterations on golf, and across the pond Madden, NBA, and MLB are all long-running series. For those who want on-brand motorsport, Codemasters’ F1 series has done a consistent job of providing entertaining racing since its first true edition surfaced in 2010.

This year there’s a new face on the scene - F1 Manager 2022, developed by Frontier. From the very beginning it’s been promoted on its presentation, with early screenshots compared favourably to Codemasters’ graphics. Official teams and drivers were expected of a licensed game, and when early access opened we also saw that it features the flashy F1 race intro sequence, radio audio from the real drivers, and commentary from Crofty at key in-race moments. With all that on its side, what could go wrong? 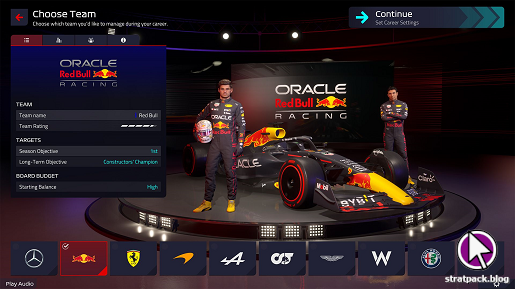 Well, for a start, the racing is not as impressive in motion as it was in still images. Like Football Manager, the game’s simulation is obviously based on a series of strategic calculations rather than a physics model, and it suffers from the same mismatch with its 3D representation. Drivers take odd racing lines and steer erratically, for example, leaving you on edge when watching onboard cameras as they always look like they’re about to spin out.

That would be forgivable for a management game - it certainly is for FM’s unnatural-looking players - but for F1 Manager 2022 the visual disconnect just helps to highlight other shortcomings. When you sell realism, players expect realism, and the reaction to the game’s launch has given me a new appreciation for the way Motorsport Manager cleverly streamlined the complexities of motorsport into a sort of cartoonish card game. 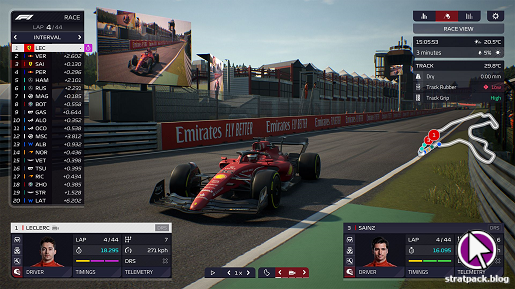 By contrast, F1 Manager’s subreddit is full of complaints of game-breaking issues. Players are frustrated at the limited instructions they can issue to drivers, simple and repetitive practice sessions, drivers cutting across the racing line and blocking their cars’ fast laps, and intermediate tyres that they say perform better than slicks in the dry. And it doesn’t seem there’s much challenge to be found amongst the chaos, either - even players managing backmarkers like Haas and Williams are finding they can be championship contenders by the second season if they optimise their cars’ development.

To Frontier’s credit, they appear to be engaging with players more than most developers have historically in similar situations, and seem to be keen to gather feedback. Hopefully most of the bugs can be fixed fairly quickly, but it remains to be seen whether the balance and missing detail will be rectified in this year’s game. For now, however, it looks like F1 Manager 2022 is a revival of the classic movie game - a title that relies on licences and familiar faces to sell, but lacks substance beyond its slick presentation.