How to run a half marathon

I’ve been running on and off for years, but I was in two minds when I first considered signing up to a half marathon earlier this year. Towards the end of 2021 I’d completed a one-hour event, but a half marathon was double the distance, a whole new level of commitment, and a step into the unknown. 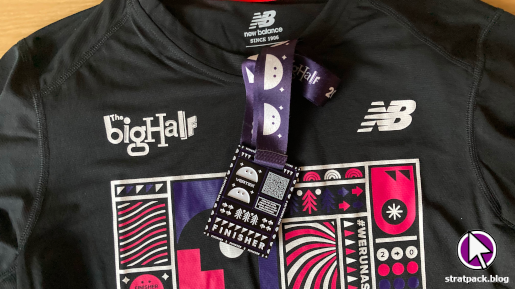 Spoiler alert - I finished the race. I didn’t do it in quite the way I’d hoped, but I’m happy with what I achieved and plan to go back stronger and better prepared next year. In that spirit, I thought that while everything was fresh in my mind it would be a good time to share what I’ve learnt.

Training for a half marathon

The first things you need in order to run a half marathon are time to train, somewhere to run (the streets are your best bet), good running shoes, and light and comfortable clothes to run in. The important thing here is to pick an outfit and stick to it - don’t buy a new shirt and save it for the main event, because you won’t know whether it chafes until it’s too late.

I started training properly in March, six months ahead of the event in September. Prior to that I’d been running about 5km twice a week, so I started to ramp that up. My midweek run started at 5km and eventually became 7.5km, while my long weekend run slowly scaled up until I ran my first half marathon distance in July. Given that I was running up and down hills and the event course would be flat, I thought I was well set.

Two moments that turned out to be crucial came towards the end of my training. Firstly, one day the tread of my trusty running shoes fell off while I was out running the streets of my neighbourhood. I thought I chose the replacements well, but over time I started to feel complaints from my knees and the outside of my right foot, and it only got worse. When I did my final preparation run it took a week for them to feel somewhat normal again.

My second stroke of bad luck came about a month before the race, when I ended up looking after somebody who came down with COVID. Fortunately I didn’t catch it myself (that might have been game over completely), but it did keep me off the streets for two weeks. In the end, I managed only four more runs - two short, two long - before the event itself.

Running a half marathon

When the day came, everything was set. I had run a non-stop half marathon distance the week before and my knees had mostly recovered, and the forecasted rain disappeared, leaving a morning that was dry but not too hot.

My first mistake was arriving at the time suggested by the event organisers. I ended up queueing for nearly an hour to use a toilet before the race and missed my start time by 20 minutes. Aside from the boredom and discomfort, starting three hours after my usual running time meant it was considerably warmer than I was used to when I crossed the start line.

The first mile was a breeze, with an early challenge emerging only as I entered a tunnel. I had plenty in the tank to deal with the slope, but the underground section was unexpectedly hot, and I could feel the sweat dripping down my forehead. Although I felt fine, this was when the first doubts started to creep in over whether I could keep this up for 21km.

My pace slipped slightly over the next few miles, but I still felt strong. The only nagging concern was over my knees, which had started to give the first indications that there was a painful journey ahead. This was exacerbated by a section where I had to traverse some cobbled streets, where I needed to watch every step to avoid slipping or folding an ankle.

I’ll admit that by the seventh mile I was starting to lag, with stitches forming on either side of my stomach. I endured the pain for a while longer, but by the time I hit the eight-mile mark it was too much. I pulled to the side of the road and tried to keep up a brisk walk, swigging from the sports drink I’d brought along and praying for recovery and a second wind.

I never regained the same level of energy I enjoyed at the beginning, but after about a mile I did force myself to start running again. I could see my knees were red, and every step hurt more and more until I was worried something would snap at some point. Passing strewn-out runners being tended to by paramedics wasn’t exactly reassuring, but I remained determined to keep going, even if progress was slow. 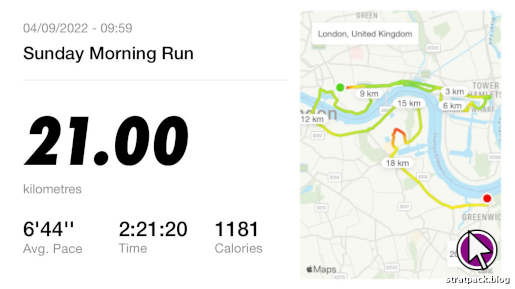 For the final kilometre or so the streets were lined with spectators, which helped me to muster enough for a final push. When I checked my split times later, the was a noticeable increase in my pace as I drew closer to the finish, and I finally made it across the line after about two hours and 20 minutes - not quite what I was aiming for, but an achievement nonetheless.

Although I finished the race, the half marathon didn’t quite go to plan. In the days since, I’ve thought carefully about how things played out and have identified some key areas to improve on for next time.

Running shoes - Do you remember how I mentioned that you shouldn’t switch out your equipment shortly before a race? My forced change of running shoes was a prime example, as I didn’t have time to realise the damage they were doing to my feet and legs. My top priority is to buy a better quality pair that I can train in throughout my next attempt.

Water - I opted to take a sports drink with me for the race, thinking that replacing my lost sugar and salt would give me an extra burst of energy. But its thick, sugary taste was almost nauseating when running, and discouraged me from drinking. Next time I’ll stick to water, and perhaps try the energy sachets that many of the other runners were using.

Pace - I started out ambitious, aiming for the two-hour mark, and it blew up in my face after about two thirds of the race distance. Next time I’ll set out at a more comfortable pace, because running slightly slower throughout is better overall than starting quickly and running out of steam later on.

Send me an email
« F1 Manager 2022 is like a revival of old movie games
FIFA 22 Career Mode: TSP United – cup runs to remember »