Muse – Will Of The People review

I’m back after a longer-than-expected break for COVID-related reasons, and have returned just in time for Muse’s first new album in nearly four years, Will Of The People. While it’s relatively rare for me to discuss music on this blog, I’ve been a huge Muse fan since I was a teenager, so I thought I’d jot down some notes from my initial listens to share with you all. 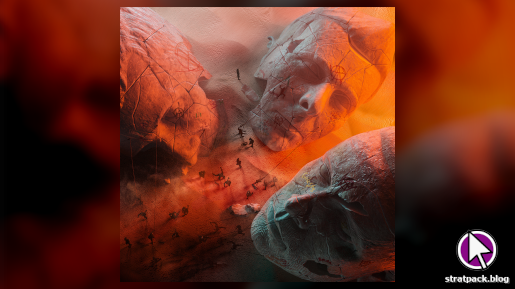 In the months leading up to its release, Muse frontman Matt Bellamy billed Will Of The People as “a greatest hits album of new songs”, revisiting the styles of the band’s previous eight studio albums across its ten tracks. It’s unsurprising, then, that what he and his bandmates delivered is an eclectic collection of songs that range from heavy metal to emotional piano ballads.

As for the quality? Opinions on individual tracks will vary depending on your tastes for different Muse eras, but for me heavy rocker Kill Or Be Killed sits with their very best, there are a couple of decent guitar-heavy songs, and much of the record is B-tier pop-rock. The lows - there are some lows - are nowhere near as dismal as the worst tracks on some of their other albums.

Whether you enjoy Will Of The People will depend on what you’re expecting. We can almost say for certain now that the Muse that delivered Origin of Symmetry is gone for good, but if you’re open to enjoying their more playful, overblown side - and not averse to some quite significant shifts in sound and theme - then the album provides nod-along pop, heavy guitar riffs, and surprisingly emotional moments in almost equal measure.

At the very least, it’s a definite step up from 2018’s disappointing, synth-heavy effort Simulation Theory. At best, you could make an argument that this is Muse’s best album since The 2nd Law or even The Resistance.

1. Will Of The People
Catchy pop-rock track that works fantastically as a set opener at live gigs. Doesn’t outstay its welcome like previous songs in this category (Psycho) and has more lyrical depth than some reviewers give it credit for. While it’s often written off as another Muse call for revolution, in reality it transforms during the second verse into a warning about those who seek positive change but go too far and “throw the baby out with the bath water”.

2. Compliance
Another misunderstood song, sometimes mistaken as an anti-mask/vaccine track, but actually in my view provides some quite thoughful commentary on how directionless individuals are swept up by ideologically-fuelled online movements in a bid to find purpose. Musically, eerie verses and some very funky bass make Compliance enjoyable despite its heavy pop leanings.

3. Liberation
Musically reminiscent of the tail end of The Globalist with similar lyrical themes to Defector, with the Queen-style harmonies of United States of Eurasia thrown in for good measure. Varied enough to be engaging, but the “thank you” segment always feels disappointing because everything to that point feels like it’s building to something. But as the first time we’ve heard Matt Bellamy properly break out his piano since 2015, I’ll take it.

4. Won’t Stand Down
The verses feel very Imagine Dragons and often jar with the breakdowns and chorus, but when it gains momentum it’s hard not to move too. Ascending, synth-backed choruses get the adrenaline pumping, and everything past the two-minute mark is heavier than we’ve heard Muse in years. Delivers the guitar riffs Muse fans endlessly hope for, but not the classical elements.

5. Ghosts (How Can I Move On)
Bellamy takes to the stage alone with this piano ballad, which would feel right at home on his solo Record Store Day 2021 LP Cryosleep. The lyrics sometimes stumble over themselves a little, but the composition, themes, and longing vocals are enough to make this a surprisingly welcome interlude. Along with Euphoria, this marks the emotional high of the album.

6. You Make Me Feel Like It’s Halloween
It’s hard to argue in favour of Halloween, especially when it comes right after a track as heartfelt as Ghosts. It’s fun and groovy, but between the organ, the title, and the B-movie horror sound effects, it sticks out as an oddity on the album and feels more like a Halloween novelty track than something that belongs on a mainline Muse record. It does earn a few bonus points for the guitar solo, however, which is far better than it has any right to be.

7. Kill Or Be Killed
Without a doubt the best song on the album, and perhaps the best track Muse have delivered in a decade - maybe even 15 years. Kill Or Be Killed is some of the heaviest rock the trio have ever recorded, taking a similar tone to fan favourite Absolution bonus track Fury, but with added punch. The lyrics, chord progressions, and general feeling all scream “classic Muse”, and one can only hope that we’re treated to more music like this in future.

8. Verona
In my opinion this is WOTP’s weakest track, and not just because it lives in Kill Or Be Killed’s shadow. Verona is a synthy love song with shades of U2, which is a side of modern Muse that is often bemoaned. It builds up nicely, but ultimately does little to earn its place as the album’s second-longest song, and is the only one I’ve found myself occasionally skipping already. It has heart, but there’s nothing particularly Musey about it - I can imagine myself checking my watch as a support band plays something very similar.

9. Euphoria
It took a few listens, but Euphoria has quickly become one of my favourites. I’m not big on the almost shouted verses, but there’s something to the chords and sustain-heavy guitar solos that takes me back to the early-to-mid-2000s when I first discovered Muse and felt all their songs deeply. It’s upbeat, it has probably the best guitar solo on the album, and there’s more desperation to the melodies than I thought the band could muster in 2022.

10. We Are Fucking Fucked
If WOTP is a greatest hits-style tour of Muse’s previous work, the verses here are as close as we get to Showbiz. I’m split on the song in general - it’s lively, but the chorus where Bellamy lists bad things in the world feels basic, and there’s a point near the end where he just yells “fuck off” a couple of times. Luckily, the guitar work is enough to keep pushing through it, and it only increases in intensity as the album comes to a close.

Send me an email
« GTA VI: First details leave plenty of room for scepticism
F1 Manager 2022 is like a revival of old movie games »