You're in the zone until you're not

Flow is a weird thing, all inconsistent and unpredictable. When I go to play a video game, one of two things can happen - either I will bounce straight off it almost immediately, or I’ll become completely immersed and play for hours and hours over a period of weeks before eventually burning out.

Recent examples of games that haven’t properly captured my attention include Project Zomboid and The Sims 4. I’m sure they’re high-quality games, but they just didn’t grip me. And because they haven’t proven themselves to me in that way yet, I don’t know if they ever will. Meanwhile, I can go months without getting into Football Manager or Fallout 4 and suddenly something will click and I’ll be sucked in all over again. 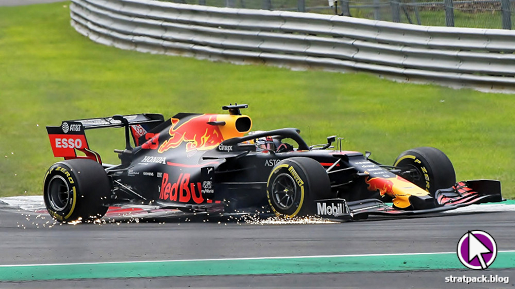 What is it that special place where a game keeps calling you back? Where you think about it when you’re not playing? I feel like it’s the same thing as flow, which is described by Wikipedia as follows.

“A flow state… is the mental state in which a person performing some activity is fully immersed in a feeling of energised focus, full involvement, and enjoyment in the process of the activity. In essence, flow is characterised by the complete absorption in what one does, and a resulting transformation in one’s sense of time.”

I got thinking about this after seeing several examples of flow in action:

As I described earlier in the article, my personal experience is that this phenomenon can also apply to gaming, both for the esports elites and for the casual gamer who can’t stop playing a title they’re hooked on.

Getting into the zone

So what puts you “in the zone”? For me, a flow state sits on the border between comfort and discomfort. If a task is too easy then it is mundane. If it is too difficult then I may get frustrated or feel I’m not making progress and give up. In between, where an activity is challenging enough to keep me engrossed but easy enough that I feel like I’m achieving something, is where the best games keep me coming back for session after session.

Take Transport Fever 2. When I first picked it up I was playing it for weeks, battling to turn a profit on my transportation empire. But as I became more experienced with the game I developed a reliable strategy to repay the initial loan and build a functioning network. At this point the game became less challenging and it didn’t hold my attention as well as a result.

Racing games - most recently for me Assetto Corsa - are also a good example of this theory in action. When I first play a new motorsport game, one of the key tasks is to finetune the AI until it provides just enough challenge and I am not regularly finishing either first or last. It’s a tricky balancing act, and when I get it right I can drive consecutive endurance races for a while. However, if I stop playing the game for long enough for any reason, my driving skills fade slightly, the game gets harder, and it’s more difficult to get back into because losing all the time is frustrating.

What can this teach us about game design? If enabling a flow state is the way to keep players playing, this seems to leave devs with two options…

The first is to finetune difficulty to a level where a specific group of players find their zone. An example of this is the Amiga classic Deluxe Galaga, which I recently wrote about - you can’t change the difficulty and must raise your game to the challenge. This approach is less common in modern day gaming, probably because publishers want games to make as much money as possible, and setting the bar too high may alienate less skilled players.

The other option is to give the players the toolbox required to build their own perfect challenge. The AI ability and aggression sliders in most modern racing games are an example of this, as is the multitude of self-imposed challenges possible (and cheats available) in a sandbox game like The Sims. However, the downside of this approach is that the player must invest a chunk of time to find the right balance for their ability, and less committed players may drop off before they find their own personal sweet spot.

It’s for more intelligent and serious minds than mine to decide what is the best answer for any particular game, but personally I vastly prefer the latter option. Not only does the sandbox approach let me tweak the game to the perfect level to induce my own flow state, but it also lets me adjust it for other states - if I’m tired, for example, or just want to experiment with the game’s sandbox rather than seeking victory or achievement.

Send me an email
« Things missing from The Sims 4
Classic Splinter Cell is back after a 15-year hiatus! »